Home
About us
Itineraries and Prices
Tanzania Safari and Zanzibar
Tanzania with the family
Tanzania the Great Migration
Tanzania Meet the People
South Tanzania
Honeymoon Tanzania
Tanzania
Safari
Safari Accommodation
Zanzibar
Video
Contact
🇳🇱Nederlands
In this article
Table of contents
[[showindex]]
Articles in this category
What is a Sundowner?
What is a game drive?
Tanzania Safari Packing List
How long should a Tanzania safari be?
Tented Camps | Glamping Safari Tanzania
What age can you take a child on safari?
Tanzania Safari Guide
Tanzania Safari lodges | Safari hotels
[...]
Home
Tanzania Knowledge Base
Tanzania Safari
Serengeti National Park

Serengeti consists of mostly grass plains in the South and interspersed river systems and acacia woodland in the North. These rich grass plains are a result of ash deposited by volcanic activity along the Rift Valley, and they serve as home to some 3 million animals. The Serengeti has the largest documented population of large predators (lions, leopards, cheetah, hyenas and wild dogs). Within these grass plains the scattered kopjes - large metamorphic rock boulders or outcrops - act as a haven for animals from grass fires, predators and the heat. 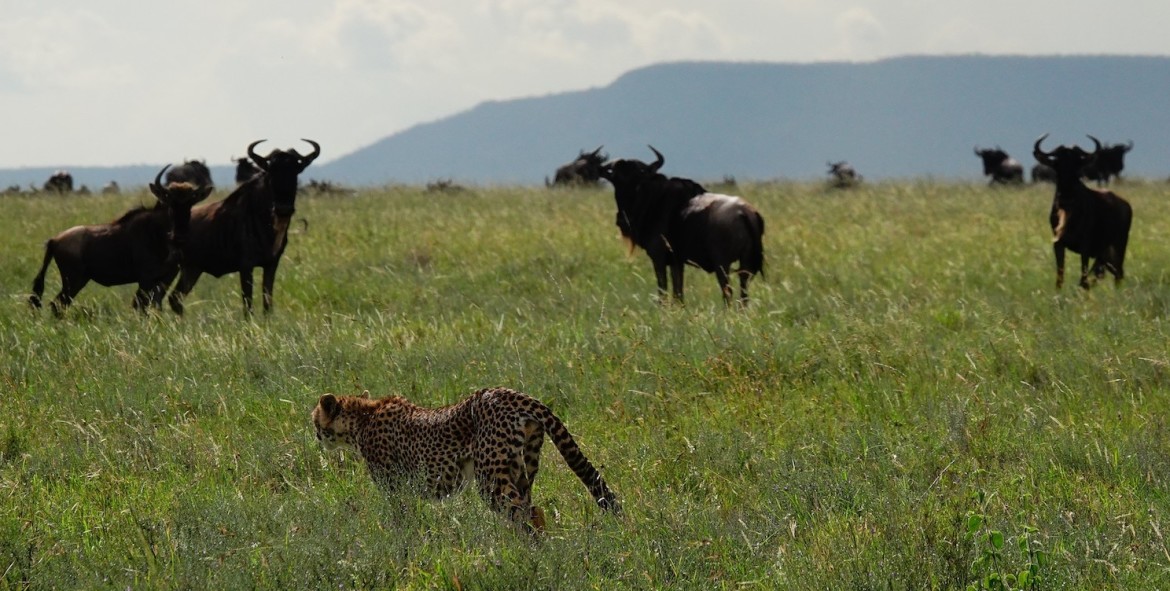 The Great Migration is one of the more impressive sights that the Serengeti has to offer. Tourists visit to bear witness to key events along this journey, such as calving season and the Mara river crossing.  The Migration is a test of endurance for the animals, selecting the strong to survive and reproduce. Over the years Serengeti National Park has been featured a in several Disney movies and wildlife documentaries, gaining much exposure.

How to get there

Serengeti on the map: 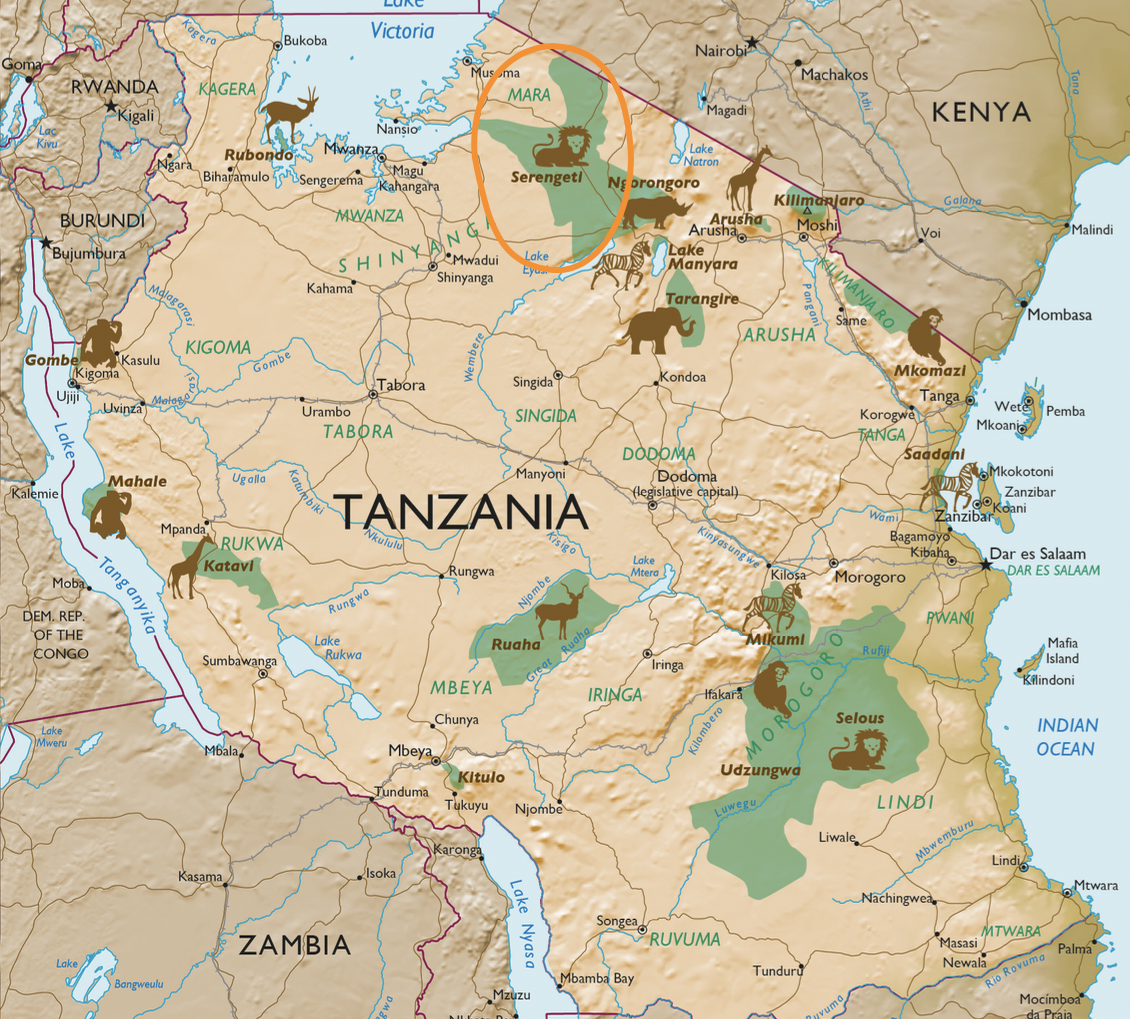